Each rod or cone contains visual pigments consisting of a light-absorbing molecule called retinal bonded to a protein called an opsin. 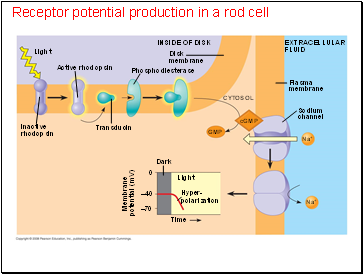 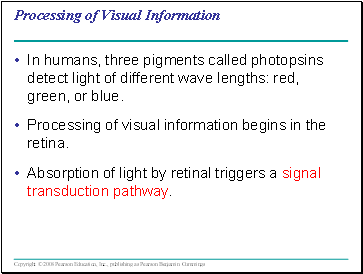 Processing of visual information begins in the retina.

Absorption of light by retinal triggers a signal transduction pathway. 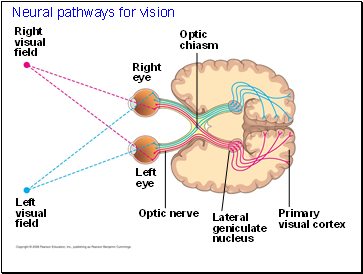 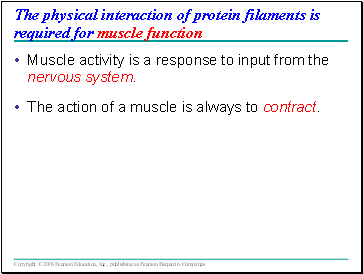 The physical interaction of protein filaments is required for muscle function

Muscle activity is a response to input from the nervous system.

The action of a muscle is always to contract. 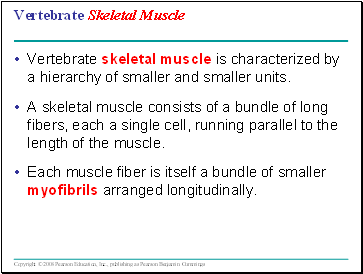 Vertebrate skeletal muscle is characterized by a hierarchy of smaller and smaller units.

A skeletal muscle consists of a bundle of long fibers, each a single cell, running parallel to the length of the muscle.

Each muscle fiber is itself a bundle of smaller myofibrils arranged longitudinally. 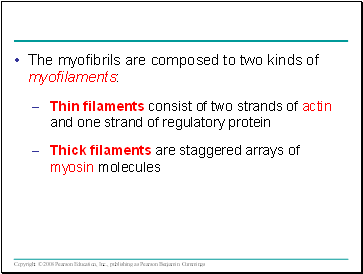 The myofibrils are composed to two kinds of myofilaments: 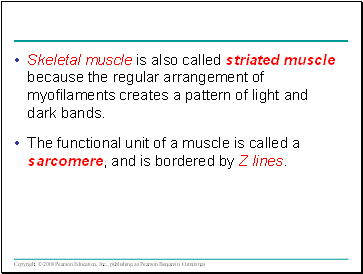 Skeletal muscle is also called striated muscle because the regular arrangement of myofilaments creates a pattern of light and dark bands.

The functional unit of a muscle is called a sarcomere, and is bordered by Z lines. 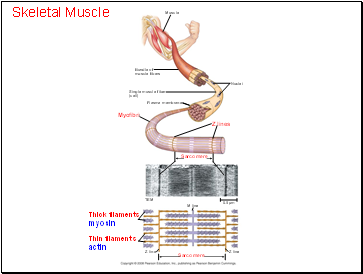