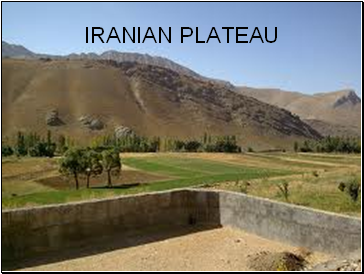 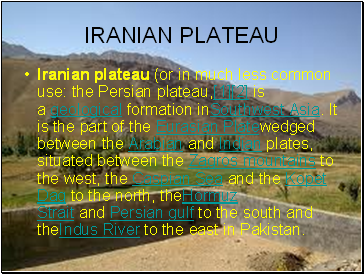 Iranian plateau (or in much less common use: the Persian plateau,[1][2] is a geological formation inSouthwest Asia. It is the part of the Eurasian Platewedged between the Arabian and Indian plates, situated between the Zagros mountains to the west, the Caspian Sea and the Kopet Dag to the north, theHormuz Strait and Persian gulf to the south and theIndus River to the east in Pakistan. 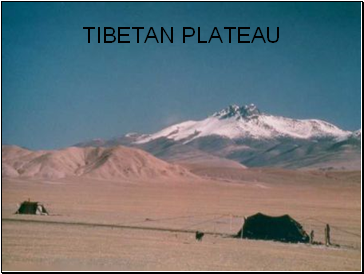 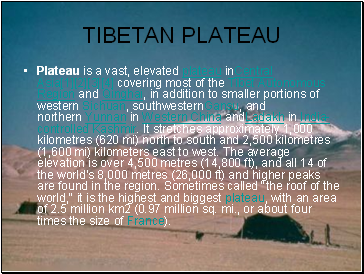 Plateau is a vast, elevated plateau inCentral Asia[1][2][3][4] covering most of the Tibet Autonomous Region and Qinghai, in addition to smaller portions of western Sichuan, southwesternGansu, and northern Yunnan in Western China andLadakh in India-controlled Kashmir. It stretches approximately 1,000 kilometres (620 mi) north to south and 2,500 kilometres (1,600 mi) kilometers east to west. The average elevation is over 4,500 metres (14,800 ft), and all 14 of the world's 8,000 metres (26,000 ft) and higher peaks are found in the region. Sometimes called "the roof of the world," it is the highest and biggest plateau, with an area of 2.5 million km2 (0.97 million sq. mi., or about four times the size of France).