Hormones and the Endocrine System
Page
2

Paracrine signals act on cells near the secreting cell.

Autocrine signals act on the secreting cell itself. 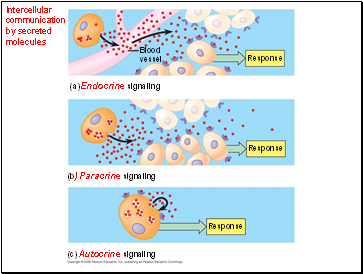 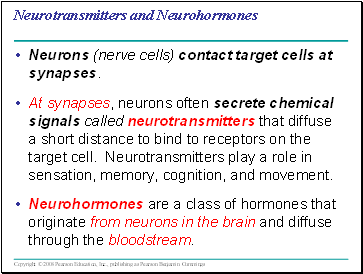 At synapses, neurons often secrete chemical signals called neurotransmitters that diffuse a short distance to bind to receptors on the target cell. Neurotransmitters play a role in sensation, memory, cognition, and movement.

Neurohormones are a class of hormones that originate from neurons in the brain and diffuse through the bloodstream. 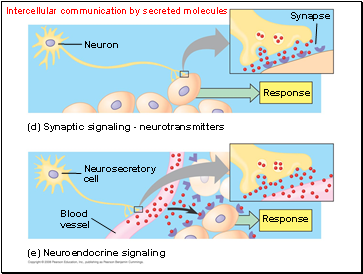 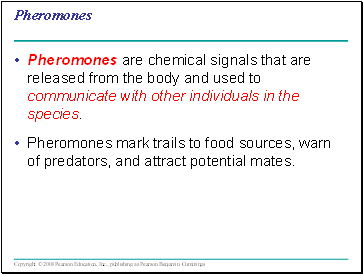 Pheromones are chemical signals that are released from the body and used to communicate with other individuals in the species. 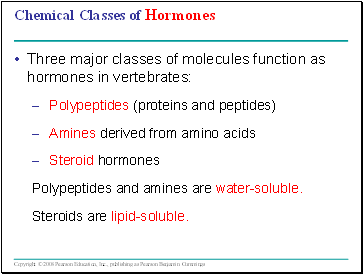 Three major classes of molecules function as hormones in vertebrates:

Polypeptides and amines are water-soluble. 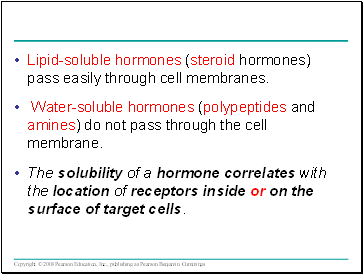 Water-soluble hormones (polypeptides and amines) do not pass through the cell membrane.

The solubility of a hormone correlates with the location of receptors inside or on the surface of target cells. 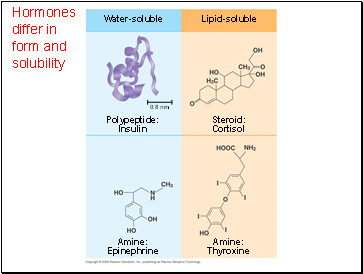 Hormones differ in form and solubility 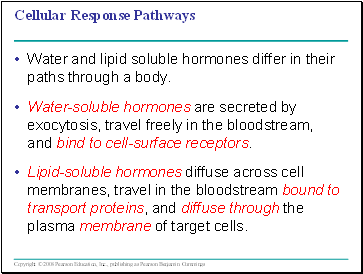 Water and lipid soluble hormones differ in their paths through a body.