Hormones and the Endocrine System
Page
11 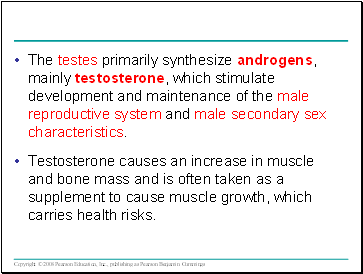 Testosterone causes an increase in muscle and bone mass and is often taken as a supplement to cause muscle growth, which carries health risks. 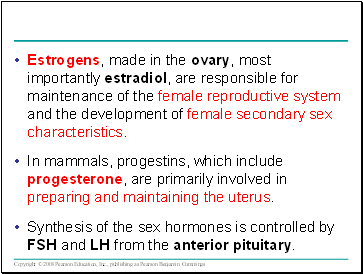 Estrogens, made in the ovary, most importantly estradiol, are responsible for maintenance of the female reproductive system and the development of female secondary sex characteristics.

In mammals, progestins, which include progesterone, are primarily involved in preparing and maintaining the uterus.

Synthesis of the sex hormones is controlled by FSH and LH from the anterior pituitary. 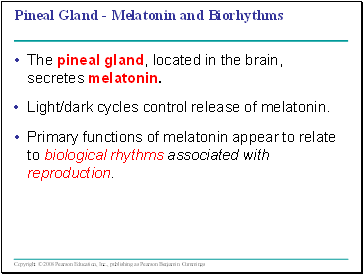 The pineal gland, located in the brain, secretes melatonin.

Primary functions of melatonin appear to relate to biological rhyths associated with reproduction. 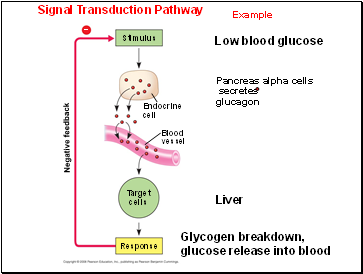 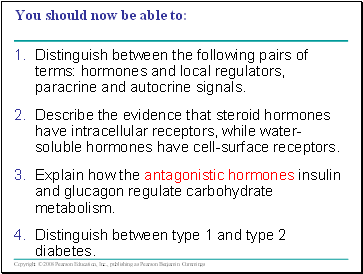 Distinguish between the following pairs of terms: hormones and local regulators, paracrine and autocrine signals.

Distinguish between type 1 and type 2 diabetes. 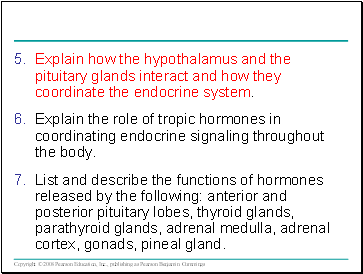 Explain how the hypothalamus and the pituitary glands interact and how they coordinate the endocrine system.

Explain the role of tropic hormones in coordinating endocrine signaling throughout the body.