Hormones and the Endocrine System
Page
6

It is marked by elevated blood glucose levels.

Type I diabetes mellitus (insulin-dependent) is an autoimmune disorder in which the immune system destroys pancreatic beta cells. 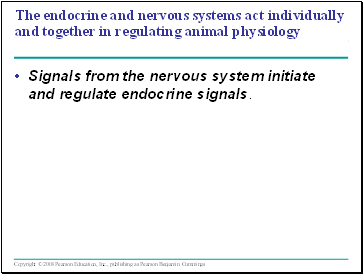 Signals from the nervous system initiate and regulate endocrine signals. 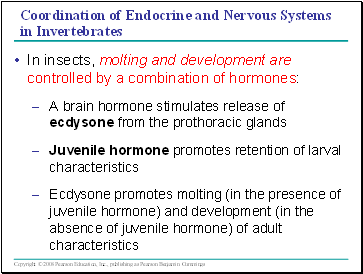 Coordination of Endocrine and Nervous Systems in Invertebrates

In insects, molting and development are controlled by a combination of hormones:

A brain hormone stimulates release of ecdysone from the prothoracic glands 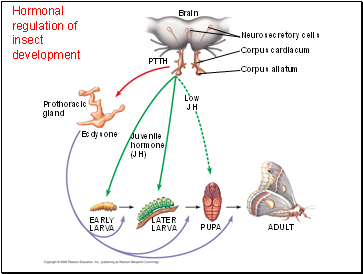 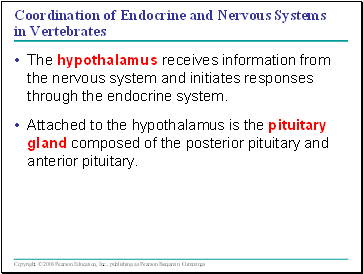 Coordination of Endocrine and Nervous Systems in Vertebrates

The hypothalamus receives information from the nervous system and initiates responses through the endocrine system. 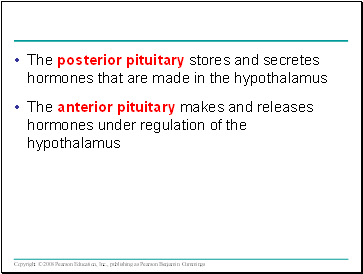 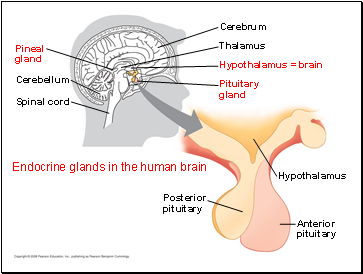 Endocrine glands in the human brain 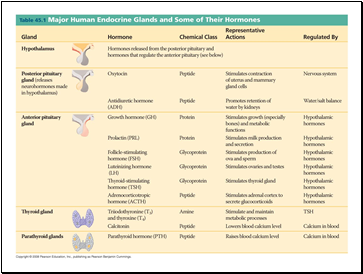 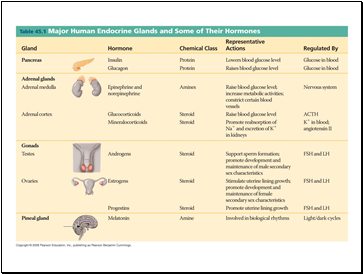 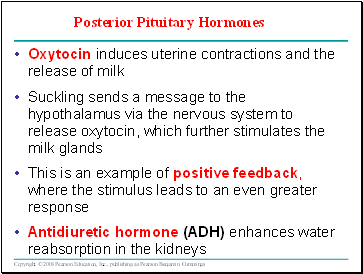 Oxytocin induces uterine contractions and the release of milk

Suckling sends a message to the hypothalamus via the nervous system to release oxytocin, which further stimulates the milk glands