Hormones and the Endocrine System
Page
9

Parathyroid hormone (PTH) is released by the parathyroid glands

Calcitonin is released by the thyroid gland 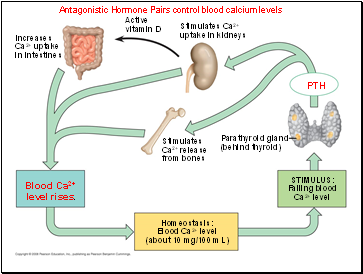 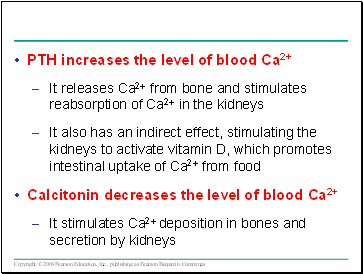 It also has an indirect effect, stimulating the kidneys to activate vitamin D, which promotes intestinal uptake of Ca2+ from food

It stimulates Ca2+ deposition in bones and secretion by kidneys 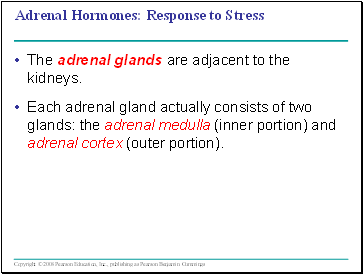 The adrenal glands are adjacent to the kidneys. 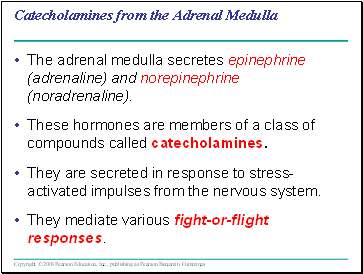 Catecholamines from the Adrenal Medulla

These hormones are members of a class of compounds called catecholamines.

They are secreted in response to stress-activated impulses from the nervous system. 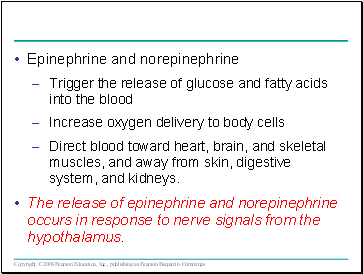 Trigger the release of glucose and fatty acids into the blood

Direct blood toward heart, brain, and skeletal muscles, and away from skin, digestive system, and kidneys.

The release of epinephrine and norepinephrine occurs in response to nerve signals from the hypothalamus. 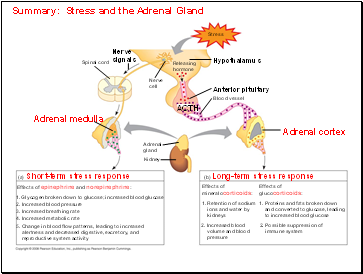 Summary: Stress and the Adrenal Gland