Sexual receptivity is not limited to a timeframe. 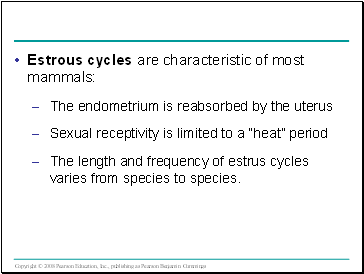 Estrous cycles are characteristic of most mammals:

The endometrium is reabsorbed by the uterus

Sexual receptivity is limited to a “heat” period

The length and frequency of estrus cycles varies from species to species. 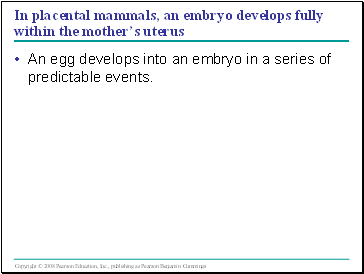 In placental mammals, an embryo develops fully within the mother’s uterus

An egg develops into an embryo in a series of predictable events. 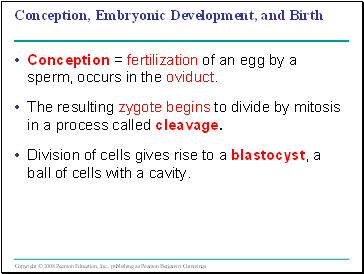 Conception = fertilization of an egg by a sperm, occurs in the oviduct.

The resulting zygote begins to divide by mitosis in a process called cleavage.

Division of cells gives rise to a blastocyst, a ball of cells with a cavity. 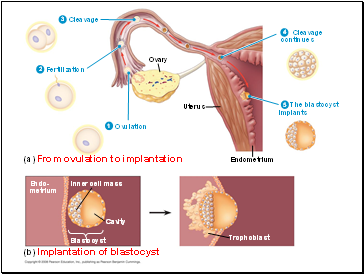 (a) From ovulation to implantation

(b) Implantation of blastocyst 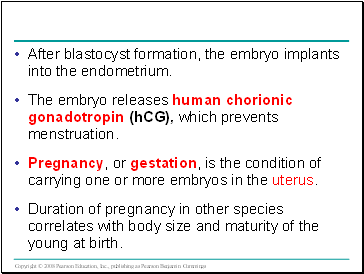 After blastocyst formation, the embryo implants into the endometrium.

Pregnancy, or gestation, is the condition of carrying one or more embryos in the uterus.

Duration of pregnancy in other species correlates with body size and maturity of the young at birth. 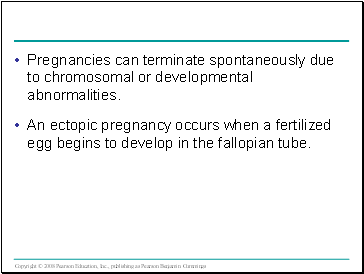 Pregnancies can terminate spontaneously due to chromosomal or developmental abnormalities.

An ectopic pregnancy occurs when a fertilized egg begins to develop in the fallopian tube. 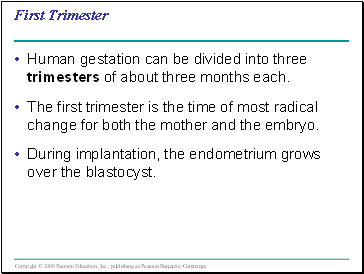 Human gestation can be divided into three trimesters of about three months each.

The first trimester is the time of most radical change for both the mother and the embryo.

During implantation, the endometrium grows over the blastocyst. 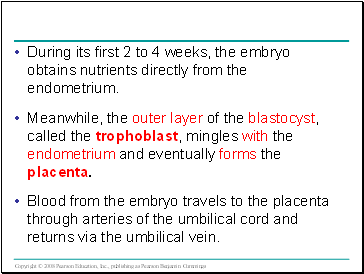 During its first 2 to 4 weeks, the embryo obtains nutrients directly from the endometrium.

Meanwhile, the outer layer of the blastocyst, called the trophoblast, mingles with the endometrium and eventually forms the placenta.