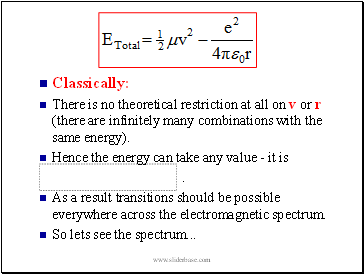 There is no theoretical restriction at all on v or r (there are infinitely many combinations with the same energy).

Hence the energy can take any value - it is

As a result transitions should be possible everywhere across the electromagnetic spectrum.

So lets see the spectrum . 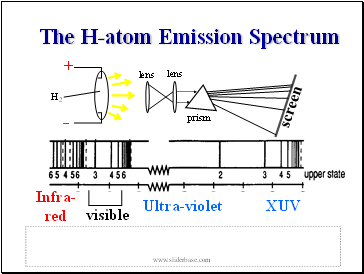 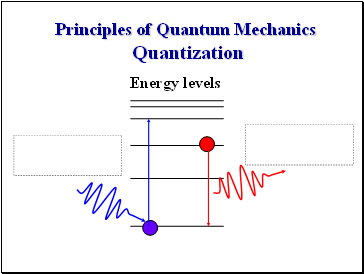 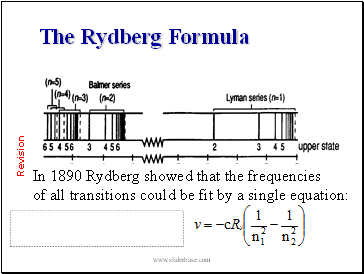 In 1890 Rydberg showed that the frequencies

of all transitions could be fit by a single equation: 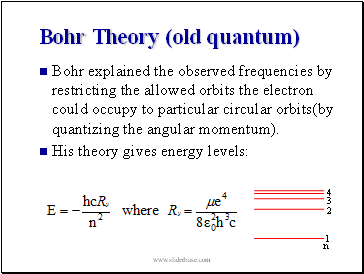 Bohr explained the observed frequencies by restricting the allowed orbits the electron could occupy to particular circular orbits(by quantizing the angular momentum). 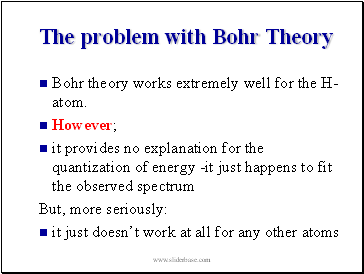 The problem with Bohr Theory

it just doesn’t work at all for any other atoms 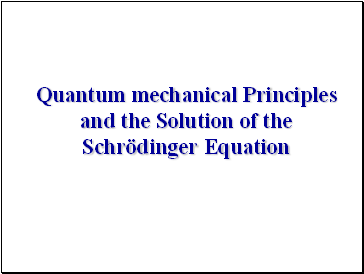 Quantum mechanical Principles and the Solution of the Schrödinger Equation 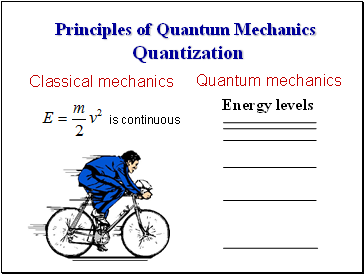 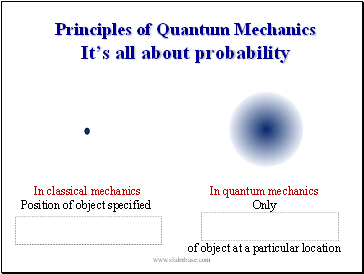 Principles of Quantum Mechanics It’s all about probability

of object at a particular location 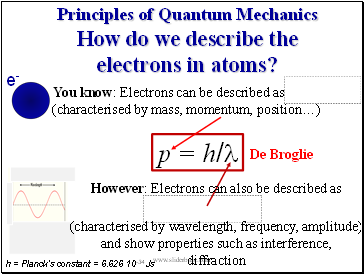 Principles of Quantum Mechanics How do we describe the electrons in atoms?

You know: Electrons can be described as

However: Electrons can also be described as