The core electrons will

tend to the outer

electron from the full 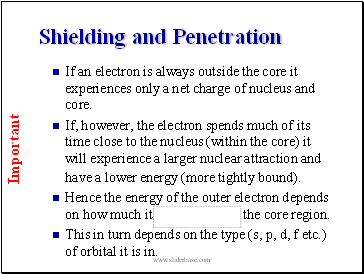 If an electron is always outside the core it experiences only a net charge of nucleus and core.

If, however, the electron spends much of its time close to the nucleus (within the core) it will experience a larger nuclear attraction and have a lower energy (more tightly bound).

Hence the energy of the outer electron depends on how much it the core region. 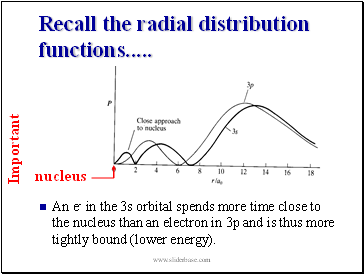 An e- in the 3s orbital spends more time close to the nucleus than an electron in 3p and is thus more tightly bound (lower energy). 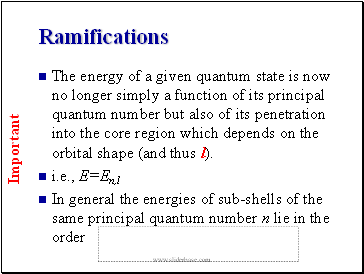 The energy of a given quantum state is now no longer simply a function of its principal quantum number but also of its penetration into the core region which depends on the orbital shape (and thus l). 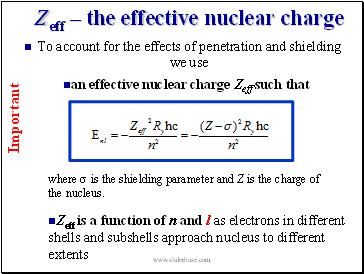 To account for the effects of penetration and shielding we use

an effective nuclear charge Zeff such that

where s is the shielding parameter and Z is the charge of the nucleus. 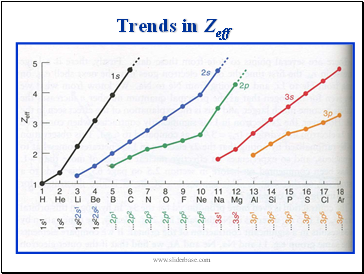 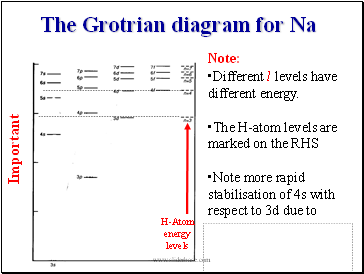 The Grotrian diagram for Na

The H-atom levels are marked on the RHS 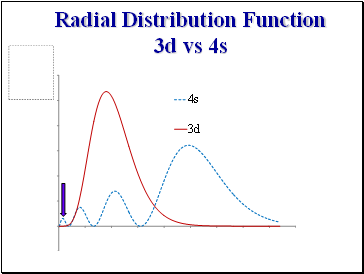 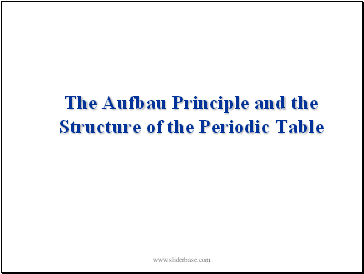 The Aufbau Principle and the Structure of the Periodic Table 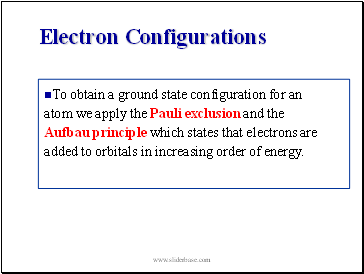 To obtain a ground state configuration for an atom we apply the Pauli exclusion and the Aufbau principle which states that electrons are added to orbitals in increasing order of energy.