(because the electron is bound)

iii) n= by definition has 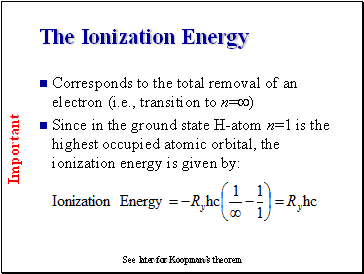 Corresponds to the total removal of an electron (i.e., transition to n=)

Since in the ground state H-atom n=1 is the highest occupied atomic orbital, the ionization energy is given by: 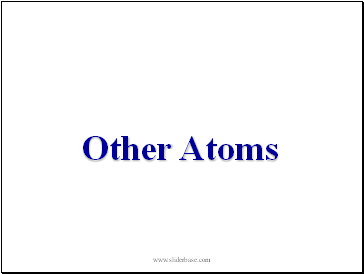 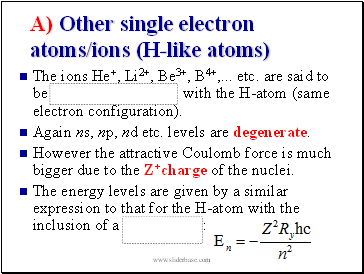 However the attractive Coulomb force is much bigger due to the Z+charge of the nuclei.

The energy levels are given by a similar expression to that for the H-atom with the inclusion of a : 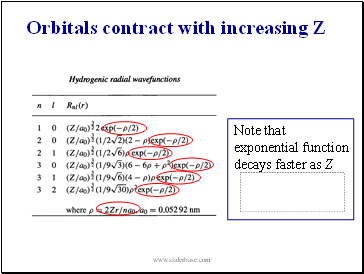 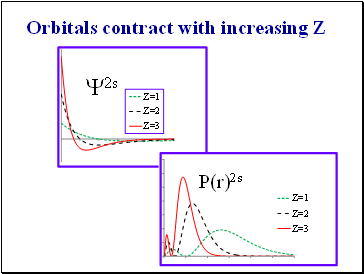 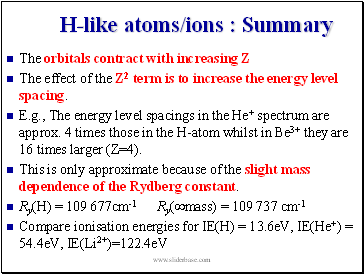 The orbitals contract with increasing Z

The effect of the Z2 term is to increase the energy level spacing.

E.g., The energy level spacings in the He+ spectrum are approx. 4 times those in the H-atom whilst in Be3+ they are 16 times larger (Z=4).

This is only approximate because of the slight mass dependence of the Rydberg constant. 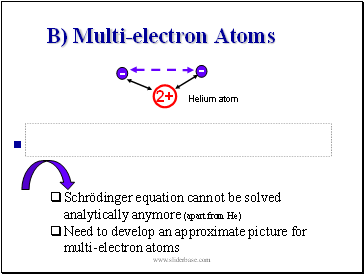 Schrödinger equation cannot be solved analytically anymore (apart from He)

Need to develop an approximate picture for multi-electron atoms 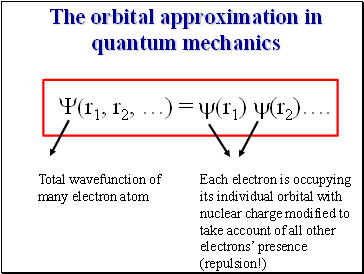 The orbital approximation in quantum mechanics

Total wavefunction of many electron atom

Each electron is occupying its individual orbital with nuclear charge modified to take account of all other electrons’ presence (repulsion!) 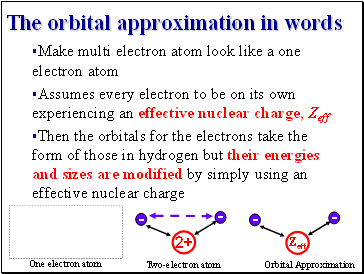 The orbital approximation in words