Ionization Potentials tend to for the successively heavier elements within a period as the number of protons in the nucleus increases and electrons are successively added to the same shell (Zeff increases at constant n).

However, some irregularities (penetration of p vs s and due to exchange energy contributions) occur.

Ionization Potentials tend to for the successively heavier elements in a group in the periodic table (as Zeff increases but n also increases and does so faster) .

The trends in second IE are similar but shifted by one atomic number:

The second IEs are than the first IE for that element. 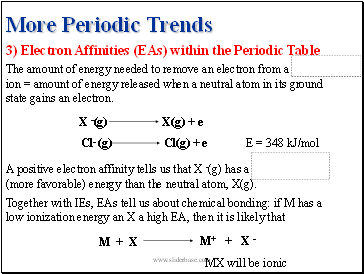 Together with IEs, EAs tell us about chemical bonding: if M has a low ionization energy an X a high EA, then it is likely that

MX will be ionic

A positive electron affinity tells us that X -(g) has a lower (more favorable) energy than the neutral atom, X(g). 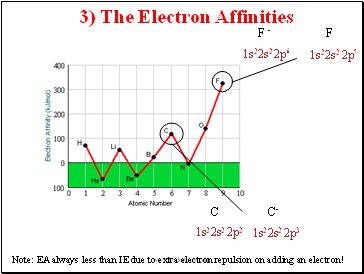 Note: EA always less than IE due to extra electron repulsion on adding an electron! 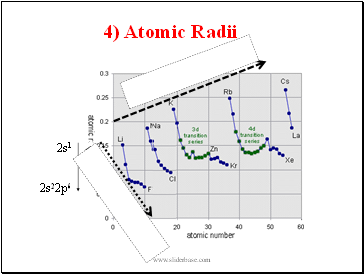 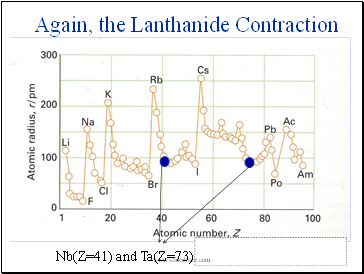 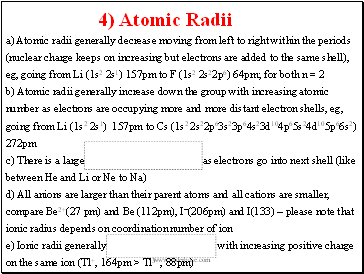 a) Atomic radii generally decrease moving from left to right within the periods (nuclear charge keeps on increasing but electrons are added to the same shell), eg, going from Li (1s2 2s1) 157pm to F (1s2 2s22p6) 64pm; for both n = 2