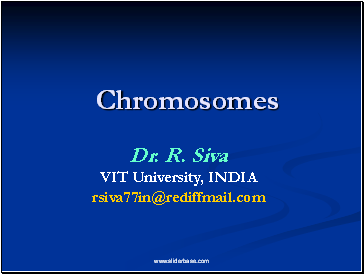 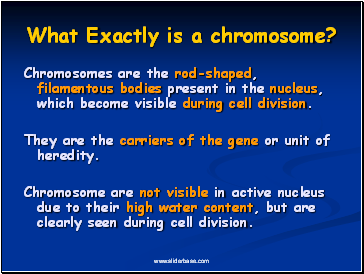 What Exactly is a chromosome?

Chromosomes are the rod-shaped, filamentous bodies present in the nucleus, which become visible during cell division.

They are the carriers of the gene or unit of heredity.

Chromosome are not visible in active nucleus due to their high water content, but are clearly seen during cell division. 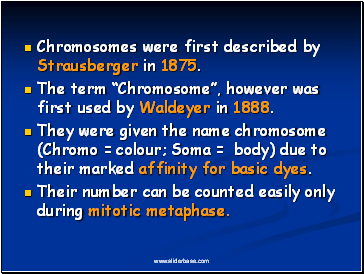 Chromosomes were first described by Strausberger in 1875.

The term “Chromosome”, however was first used by Waldeyer in 1888.

They were given the name chromosome (Chromo = colour; Soma = body) due to their marked affinity for basic dyes.

Their number can be counted easily only during mitotic metaphase. 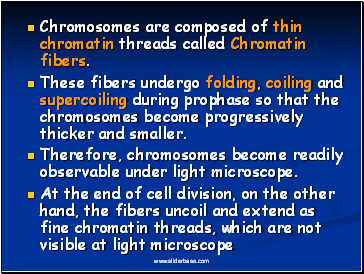 These fibers undergo folding, coiling and supercoiling during prophase so that the chromosomes become progressively thicker and smaller.

At the end of cell division, on the other hand, the fibers uncoil and extend as fine chromatin threads, which are not visible at light microscope 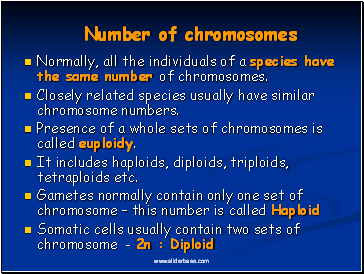 Normally, all the individuals of a species have the same number of chromosomes.

Presence of a whole sets of chromosomes is called euploidy. 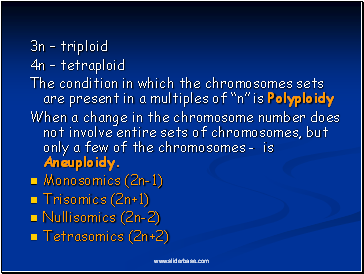 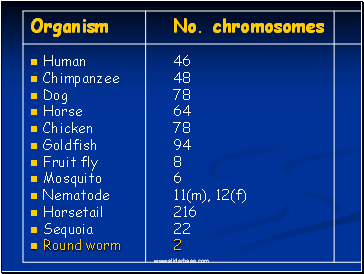 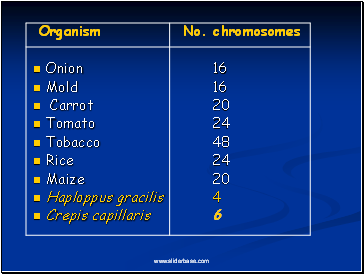