The DNA of prokaryotes is similarly associated with proteins, some of which presumably function as histones do, packing the DNA within the bacterial cell. 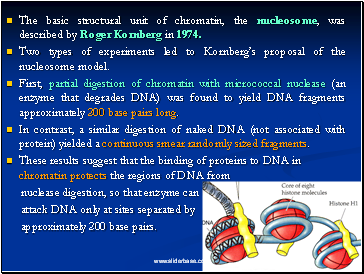 The basic structural unit of chromatin, the nucleosome, was described by Roger Kornberg in 1974.

Two types of experiments led to Kornberg’s proposal of the nucleosome model.

First, partial digestion of chromatin with micrococcal nuclease (an enzyme that degrades DNA) was found to yield DNA fragments approximately 200 base pairs long.

In contrast, a similar digestion of naked DNA (not associated with protein) yielded a continuous smear randomly sized fragments.

nuclease digestion, so that enzyme can

attack DNA only at sites separated by 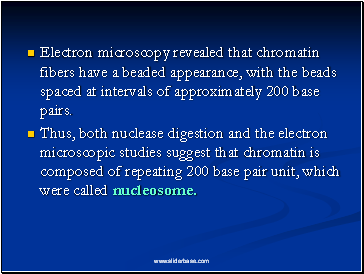 Electron microscopy revealed that chromatin fibers have a beaded appearance, with the beads spaced at intervals of approximately 200 base pairs.

Thus, both nuclease digestion and the electron microscopic studies suggest that chromatin is composed of repeating 200 base pair unit, which were called nucleosome. 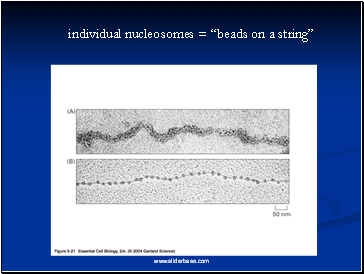 individual nucleosomes = “beads on a string” 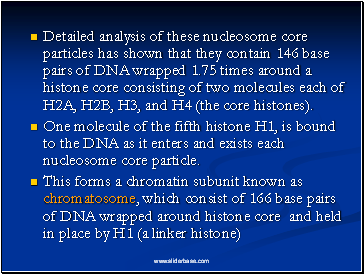 Detailed analysis of these nucleosome core particles has shown that they contain 146 base pairs of DNA wrapped 1.75 times around a histone core consisting of two molecules each of H2A, H2B, H3, and H4 (the core histones).

One molecule of the fifth histone H1, is bound to the DNA as it enters and exists each nucleosome core particle.

This forms a chromatin subunit known as chromatosome, which consist of 166 base pairs of DNA wrapped around histone core and held in place by H1 (a linker histone) 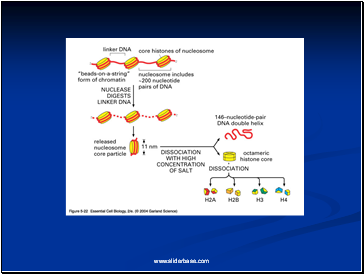 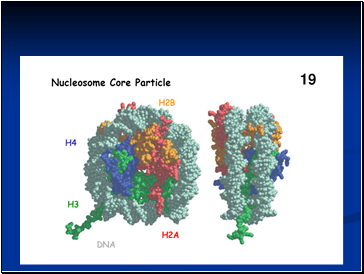 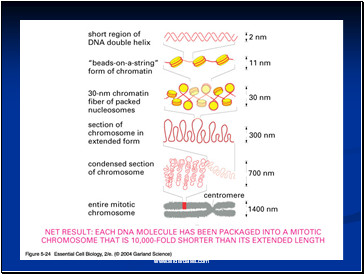 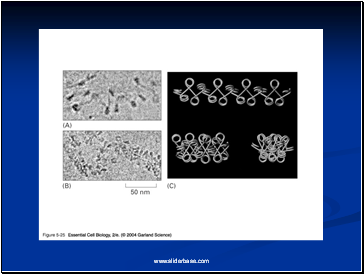 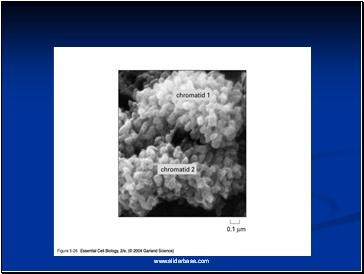 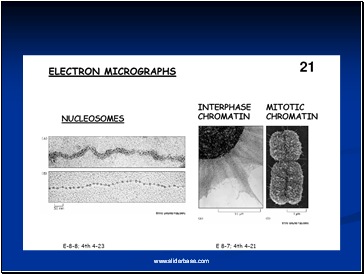 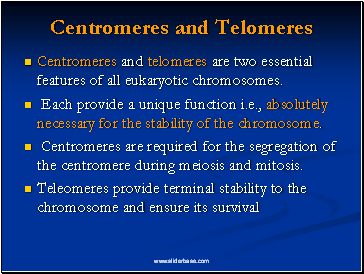