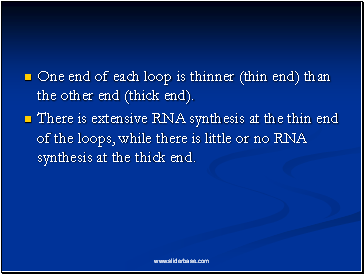 One end of each loop is thinner (thin end) than the other end (thick end). 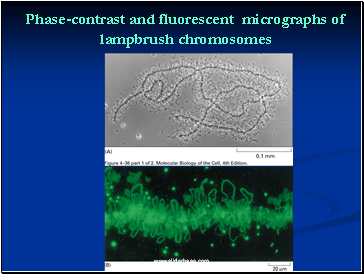 Phase-contrast and fluorescent micrographs of 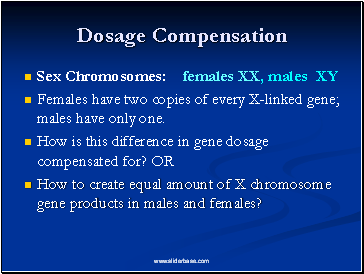 Females have two copies of every X-linked gene; males have only one.

How is this difference in gene dosage compensated for? OR

How to create equal amount of X chromosome gene products in males and females? 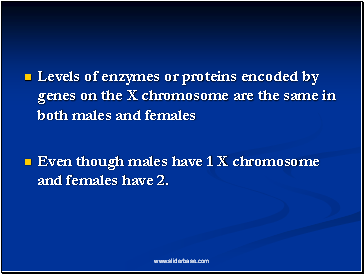 Even though males have 1 X chromosome and females have 2. 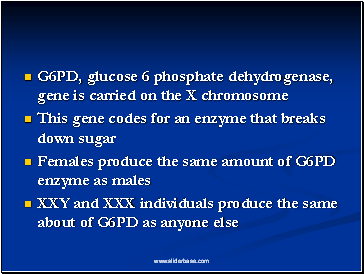 This gene codes for an enzyme that breaks down sugar

Females produce the same amount of G6PD enzyme as males 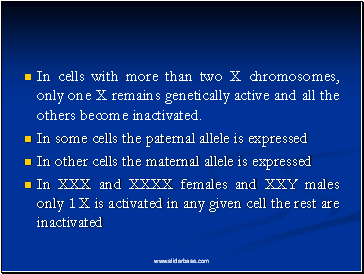 In cells with more than two X chromosomes, only one X remains genetically active and all the others become inactivated.

In some cells the paternal allele is expressed

In other cells the maternal allele is expressed 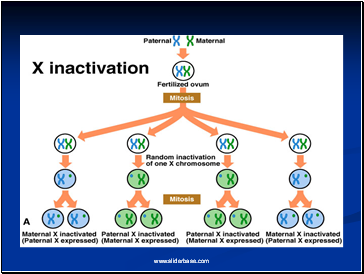 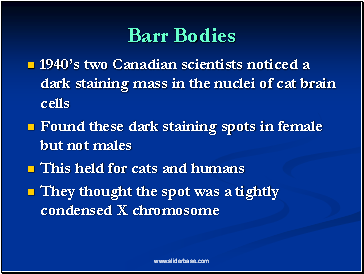 Found these dark staining spots in female but not males

This held for cats and humans

They thought the spot was a tightly condensed X chromosome 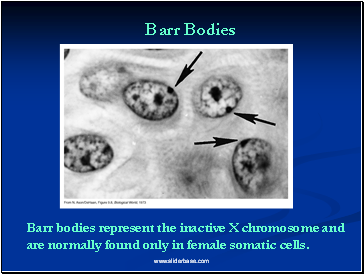 Barr bodies represent the inactive X chromosome and are normally found only in female somatic cells. 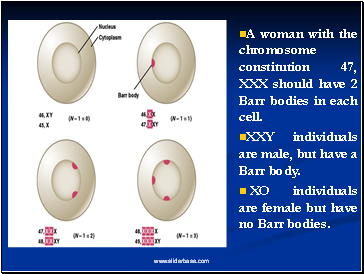 XXY individuals are male, but have a Barr body.

XO individuals are female but have no Barr bodies. 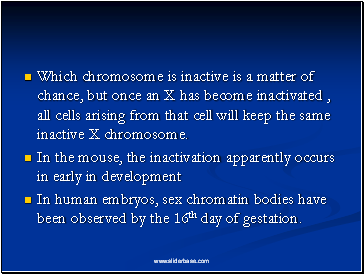