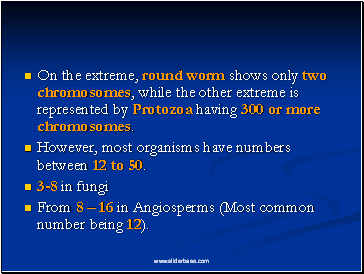 On the extreme, round worm shows only two chromosomes, while the other extreme is represented by Protozoa having 300 or more chromosomes.

However, most organisms have numbers between 12 to 50. 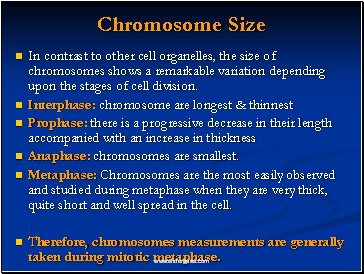 In contrast to other cell organelles, the size of chromosomes shows a remarkable variation depending upon the stages of cell division.

Prophase: there is a progressive decrease in their length accompanied with an increase in thickness

Metaphase: Chromosomes are the most easily observed and studied during metaphase when they are very thick, quite short and well spread in the cell. 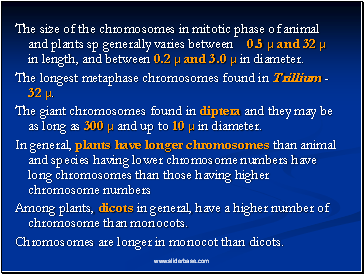 The size of the chromosomes in mitotic phase of animal and plants sp generally varies between 0.5 µ and 32 µ in length, and between 0.2 µ and 3.0 µ in diameter.

The giant chromosomes found in diptera and they may be as long as 300 µ and up to 10 µ in diameter.

Among plants, dicots in general, have a higher number of chromosome than monocots.

Chromosomes are longer in monocot than dicots. 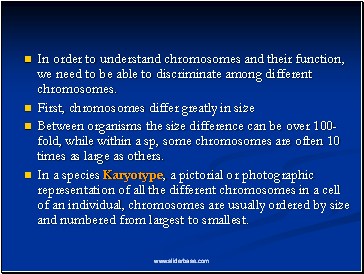 In order to understand chromosomes and their function, we need to be able to discriminate among different chromosomes.

Between organisms the size difference can be over 100-fold, while within a sp, some chromosomes are often 10 times as large as others.

In a species Karyotype, a pictorial or photographic representation of all the different chromosomes in a cell of an individual, chromosomes are usually ordered by size and numbered from largest to smallest. 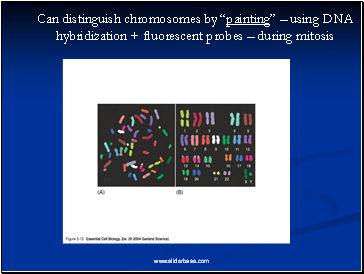 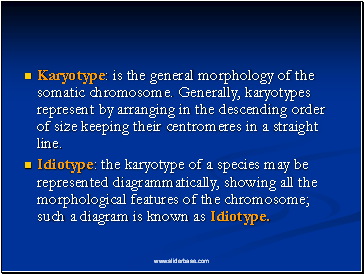 Karyotype: is the general morphology of the somatic chromosome. Generally, karyotypes represent by arranging in the descending order of size keeping their centromeres in a straight line.